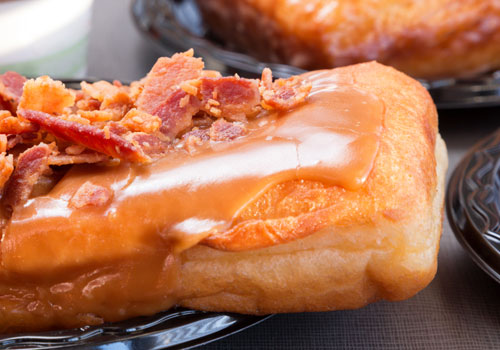 Bacon. It has to be one of the most universally loved foods.  Something about its smoky, salty, crispy, jacked-with-flavour essence makes it not only a popular food all on its own, but a great addition to many other dishes and recipes.

We put bacon on hamburgers, serve it alongside eggs, crumble it on salads, and yes, some people even add it to chocolate chip cookies and doughnuts. Bacon is just that universal enhancement that works as well in savoury dishes as it does in sweet ones.

While curing meat has been a human food preservation technique for eons, bacon as we know it didn’t evolve until about the 1700’s. You can thank English farmers for developing the technique the would eventually lead to modern bacon; salting the side portions of pork, then smoking them. Some versions of bacon history credit the earliest forms of bacon, mainly salted cured pork belly, to the Chinese. 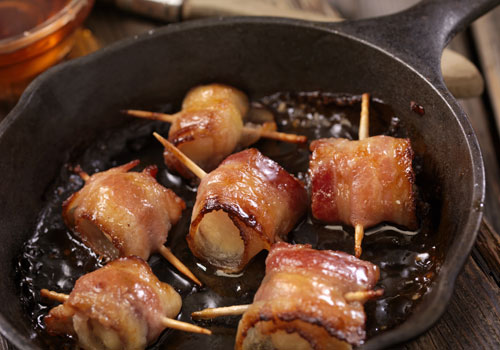 Either way you slice it, bacon has a long history. That’s why Co-op has Bacon Fest. It’s a celebration of all things bacon.

We’ll start our culinary bacon party by enhancing basic bacon. (If you thought bacon couldn’t be improved upon, wait until you see what we’ve got for you!)

Though bacon tastes just great on its own, adding flavourings before it’s cooked can bring a whole new dimension. Brushing Sriracha sauce onto cold bacon gives it a sweet heat once it’s cooked.  Similarly, drizzling it with maple syrup, or even jalapeño jelly can take bacon from basic to amazing. Crafting a variety of flavoured bacons, and then serving it as a charcuterie-style dish at breakfast or brunch is a fun way to enhance your meal.

The easiest way to make flavoured bacon is to line a large baking sheet with parchment or tin foil and lay out bacon in a single layer, but don’t over-crowd it. Then you’ll add flavourings.

Choose a favourite sauce:
Add the above mentioned Sriracha, BBQ sauce, Thai Chile, or Peri Peri to your bacon by brushing the sauce onto the top side of each strip of bacon without diluting it.

Use sweetness:
Drizzle honey, apple sauce or maple syrup over slices of bacon, or sprinkle with brown sugar.

Add an herbal element:
Laying slices of bacon over sprigs of herbs infuses the bacon with a subtle but amazing scent. Twigs of rosemary and thyme work particularly well.

Get creative with flavours:
If you need inspiration, some flavour combinations that work very well on bacon include: 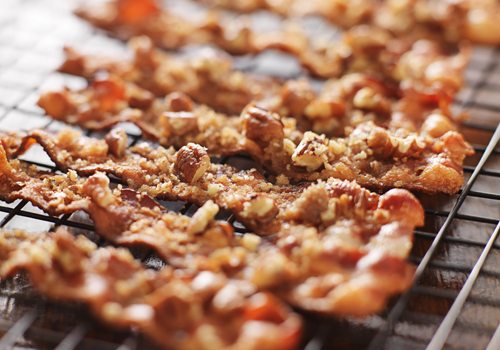 Once you’ve added your flavourings, cook the bacon in a 325 degree oven for about 20-25 minutes, keeping an eye on the bacon so it doesn’t burn. (You want this bacon to be nice and crispy so keeping watch is important.) While you can flip the bacon over after about 10-12 minutes and even add flavour to the other side, it’s not necessary unless you want to go hog wild when it comes to taste intensity.

Flavoured bacons are fun when served standing on their ends like pencils in a colourful glass, grouped by flavour. Any leftover flavoured bacon can be laid out on paper towel, then rolled up and placed in a ziplock back and stored in the refrigerator.

Take advantage of Co-op’s Bacon Fest, and try experimenting with bacon this weekend.

The ice cream sundae has been a dessert staple for over a century.

Have you ever walked by the Co-op meat department, noticed a large glassed-in case with beef inside, and wondered what’s going on in there? That’s...

Thinking of cooking up a feast this Easter? Whether you’re roasting meat or going vegetarian with a meatless main dish, you’ll want to elevate your...

Back to Top
Calgary Co-op Learn mmmmm...bacon.....
Back to Top